10 things you should know about back pain 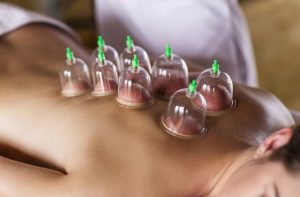 Cupping therapy, also known as Hijama therapy in some Arabic cultures, is a fascinating form of medicine that has received mention in historical accounts dating from possibly 5000 years ago. Back then, Hijama was known to release evil spirits and demons that may have been entrapped in the body. Cupping therapy nowadays is a form of alternative medicine in which a therapist puts special cups on your skin for a few minutes to create suction. People get it for many purposes, including to help with pain, inflammation, blood flow, relaxation and wellbeing, and as a type of deep tissue massage.

The types of materials used to make cups include silicone, glass, plastic and certain types of pottery. There are many ways of creating the suction of the cup which includes the use of fire (By using a cotton ball dipped in alcohol that is then lit on fire while placed in the cup to create a negative pressure and then apply it on the skin), bulbs, vacuum devices and plungers.

There are many different types of cupping:

The primary role of cupping is to unload the tissue found underneath the skin. When applying a cup on the surface of the skin, decompression through creation of negative pressure takes place in the underlying layers to create a lift. This lift of the skin will not only promote mechanical deformation of the skin below but will also create improved inter-gliding between layers of the underlying skin (Superficial and deep fascial layers) by physically providing more place for the tissue to glide freely. This negative pressure created is an extremely targeted therapy that further affects the desired area and exhibits neurosensory responses to alter the responses from the brain. These neurosensory responses are created by deforming the surface layer in contact with the cup and stimulates receptors found within the surface of the skin. This alone sends additional information to the brain about movement within layers of skin but may also trigger a positive placebo effect that might help regulate pain and symptoms. 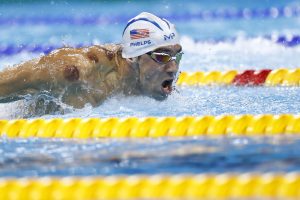 Another role of cupping is to create an external fluid pump to change fluid content within tissues. By creating mechanical deformation of the skin through negative pressure, different types of proteoglycans, glycosoaminoglycans (GAG) and Hyaluronic acid are moved around between layers of tissue. These fluids are responsible for varying the viscosity within the layers of skin therefore helping tissues improve gliding ability amongst one another. It’s for this reason that discoloration occurs as these fluids are moving closer to the surface of the skin.

To conclude, cupping is a very effective therapy to improve inter-gliding in between layers of skin in addition to improving the brains perception of certain body parts. It’s important to note that the changes seen on the surface of the skin should not be perceived as an injury but should potentially be indicators of a healing response brought on by cupping and its benefits.